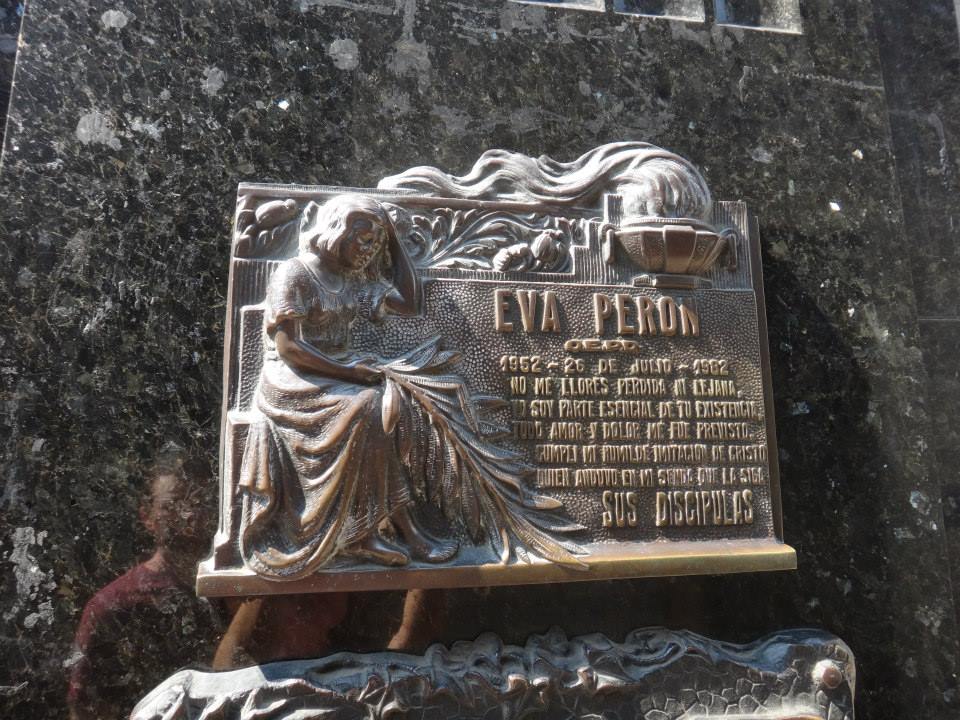 So there we were, tooling around Buenos Aires, stuffing ourselves at phenomenal parrilla (Argentine steakhouses), shopping for incredibly affordable custom-made leather jackets, and drinking beers as big as our heads.

We were touring beautiful and unusual cathedrals, loving the legendary soccer culture and buying the nephews Lionel Messi shirts. We saw Evita’s balcony and the Pope’s nearby former parish/current shrine. We were enjoying tango.

It was all great fun.

Then, one day in a cab, we noticed a strange-looking shrine beneath an overpass as we went whizzing by. There were dozens of people’s photographs, religious items and other things we couldn’t quickly make out. What was that, we asked our driver.

Oh, the disappeared, he said matter-of-factly. We had no idea what that meant and couldn’t easily communicate further with him. Later, we learned more, and noticed much more and recalled the famous “Mothers of the Disappeared” and realized what we had seen.

In 1976 the Argentinian military overthrew the government in a series of coups. It was sponsored by the United States. The military dictatorship that resulted called it the “Dirty War” and targeted its own citizens.  Those suspected of being leftwing activists or “terrorists” were tortured and killed. Their bodies disappeared. Many were thrown from aircraft into the ocean.

In 1977, mothers of the disappeared began to protest. Some of them also disappeared.

The Dirty War ended in 1983 when the military junta gave up power and agreed to Democratic elections. By then, mothers and grandmothers of the disappeared had started an annual “March of Resistance” as well as a weekly protest on Thursdays in the Plaza de Mayo.

They’ve been doing it for 43 years now while geneticists continue to help them identify family members when remains are found, as well as the children taken from doomed pregnant mothers.

We first learned about this issue in our teens, when popular musicians took up the cause. Rock group U2 brought new attention to the issue with the song “Mothers of the Disappeared,” from the album The Joshua Tree, which was immensely popular when we were in college. The song relates the sorrowful plight of these women whose children were “disappeared” by the South American dictatorships in Argentina, Chile and elsewhere in South and Central America. Sting also wrote and sang about the issue around that same time with his song “They Dance Alone.”

The publicity provided by these musicians certainly was a boost to Amnesty International’s campaign to pressure governments to uncover the fate of these missing people.

These brave mothers and grandmothers deserve answers. We pray they get them.

3 Replies to “Visit to Argentina: reminder of the Mothers of the Disappeared”