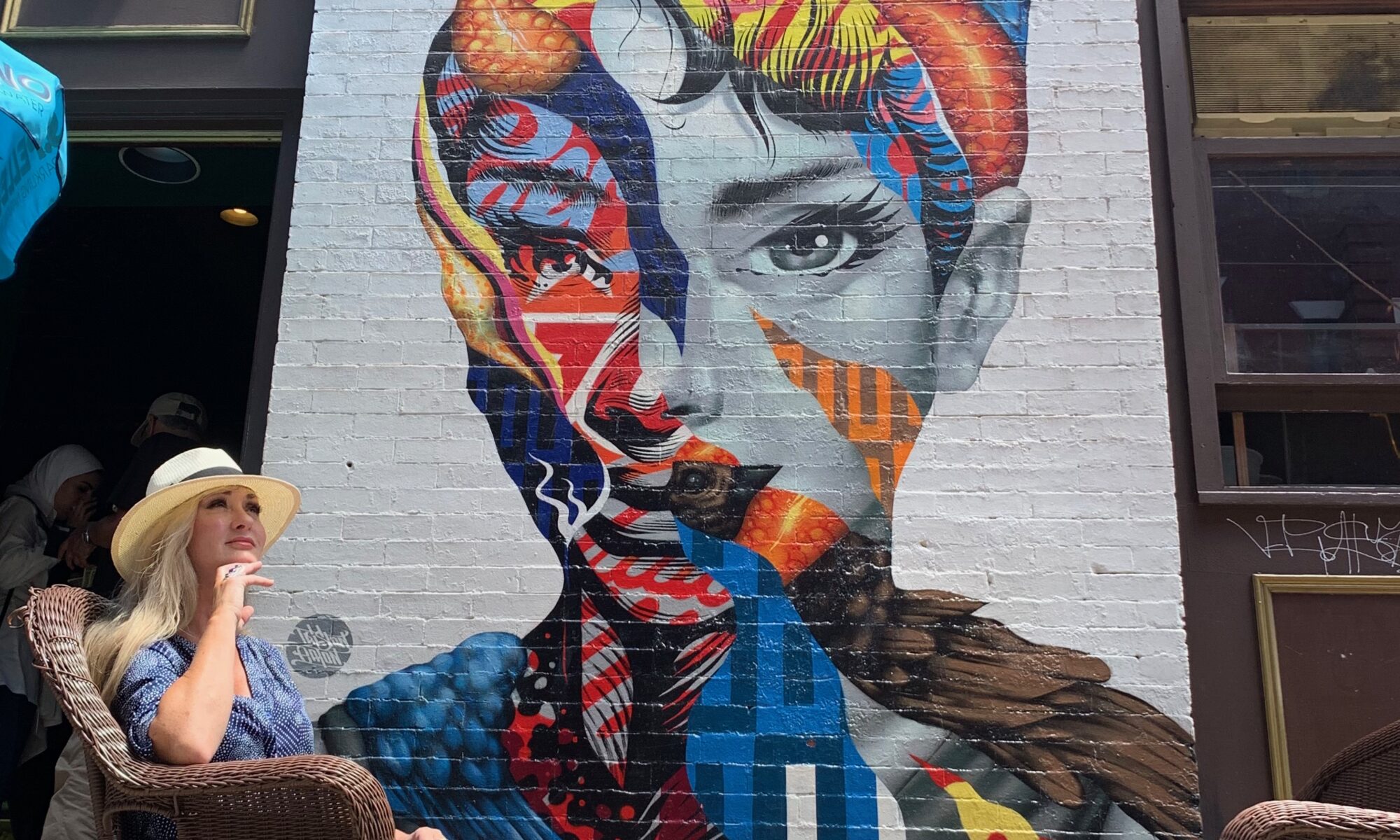 We don’t have children, but we have very cherished nieces and nephews.

At some point, probably while drunkenly musing in a pub about how much we love them, we decided that as each turned 16 we’d give them a very special birthday trip.

For our three nephews, we chose a long weekend in New York City, where none of them had been before. We ARE aiming to be the favorite uncle and aunt!

The first trip was 10 years ago. We recently returned from our second nephew’s birthday celebration in The Big Apple. This second trip impressed on us an even more special reason to take the boys to NYC, but more on that later.

We arrived early on a Thursday afternoon, and left Sunday afternoon. The first nephew’s trip was long enough ago that we had vague memories of our itinerary. But if memory serves, we seemed to do everything mostly on the fly then and everything worked out.

I do not suggest that now. This time, we thankfully put in some planning, and I’m so glad we did. We bought all needed tickets ahead of time, mostly with fast passes to skip the lines when available. If we hadn’t, we would have missed some things. (As it was, going to the crown of the Statue of Liberty, which we hadn’t thought of, was sold out two months in advance!)

I did a lot of research and found many, many itineraries, but this one, fashioned after what we remembered of the first trip, worked well for us.

It involves A LOT of walking – which allows you to see so much more and encounter the unexpected. At least one ride on the subway is strongly encouraged. Our nephew was delighted to see a quartet of older men singing with beautiful harmonies. (Of course, we tipped.)

In between all the sites, our goal was to try as many different kinds of foods in as many neighborhoods as possible. We never ordered more than a couple different appetizers or dishes in each place and grazed all day, every day. (One day, we hit eight spots!)

Here is what we did:

Arrived at hotel at about 3 p.m.

Empire State Building (buy ticket ahead, get a jump-ahead pass if possible)

(Buy tixs ahead for all except The Oculus)

One World Trade Center, with the One World Observatory

Broadway show (Wicked the first trip, Beetlejuice the second. We worried so much these boys wouldn’t like musicals, but they both LOVED it.)

Central Park (straight to the John Lennon “Imagine” memorial – always made just that more special with somebody playing a guitar and singing Imagine, and a stop at Lennon’s Dakota home, and wherever else your aching feet want to go! Our second nephew wasn’t very familiar with his music, so it was a great opportunity to introduce him to it.)

NBC Studio Tour at Rockefeller Center (Buy tix ahead), and left for flight home about 1 p.m.

We fortunately stumbled upon a large multi-cultural food festival going on between the NBC studio tour and our hotel on our way home.

Nephew #2 said he enjoyed the entire itinerary very much. But the highlight, without doubt, was the One World Trade Center complex. It was the same for us.

Ten years before, we showed nephew #1 around what was still a large excavation and construction site surrounded by metal fencing. He was old enough then to have a vague memory of his mother pulling him out of school on the terrible morning of 9/11.

He also had a basic understanding of what happened, and why it was such an important site. To be honest, as much as we all appreciated the visit, we all left very down and emotional after that visit.

Nephew #2 had only been a distant gleam in his parents’ eyes when 9/11 occurred. He said he knew about it, but as we toured the memorial areas, his lack of knowledge of any details became evident.

The tallest building in the country, and seventh largest in the world, certainly impressed him. Its 1,776 feet is a deliberate reference to the year the Declaration of Independence was signed.

Much, much time was spent at the floor-to-ceiling windows on the 100th floor observation deck taking selfies with the spectacular views of The Big Apple.

We were all also delighted and impressed with its amazing details such as the 47-second (33 feet a second) high-speed elevator ride to the 102nd floor. The elevators are encased in high-definition monitors that give the appearance of windows. But you see an incredible CGI time-lapse video of the city from about 1500 to present. I could have spent my day going up and down and looking at it.

You exit to the See Forever Theater, where visitors stand in a darkened area and watch floor-to-ceiling linking screens of video of the city and its people. At the end, the screens lift and you are literally stunned by the actual city, a view that really does seem like you can see forever.

After the tower, we visited the nearby National September 11 Memorial and Museum. We paused at the reflecting pools surrounded by the carved names of the nearly 3,000 victims.

But I don’t think the significance really hit nephew #2 until he saw all of their pictures inside the museum, or heard the recordings of their phone calls on a constant loop, or viewed the plethora of personal and site memorabilia and destroyed rescue vehicles.

He was genuinely interested in the detailed and compelling timelines of the events of that day. It’s safe to say he was very moved, as we were.

Every year, as hallowed dates such as Dec. 7 roll around, we’re reminded to “never forget.” And those of us who remember that date personally or who had family members who talked to us about it, may pause to remember.

But what happens when people with those first-hand accounts disappear? Does the significance fade? Do our nephews truly understand the horror of Pearl Harbor?

We left New York talking about how we should schedule more time at the 9/11 sites with nephew #3. If we can pass down a better understanding and respect for the events of that day, what better birthday gift could we give them?

5 Replies to “New York visit with teen in tow”