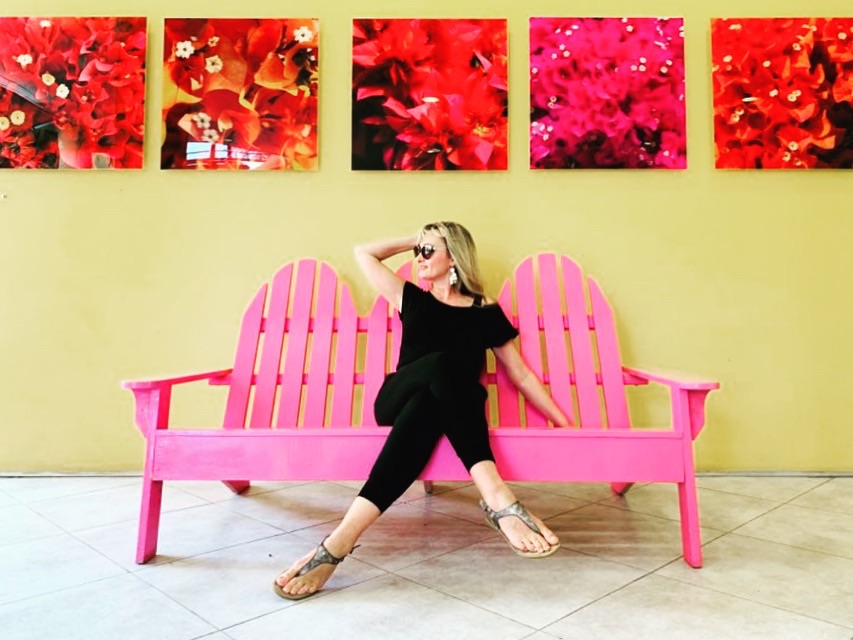 So there was this young, very good-looking hotel employee with eyelashes for days.

His goal is to be a fashion stylist in New York. He’s confident it will happen. He nodded to his skin: See, I’m lighter, he said. It gives him an advantage, he added.

When we looked perplexed, he explained the thought process he said is still very prominent in Curacao: the lighter the skin, the better and more successful you can be.

It’s a holdover from the island’s slave trading history, and it is the only upsetting thing we encountered on this idyllic angel-wing shaped plot of earth.

But it’s not the first time this has happened to us. We learned in India that light-skinned babies are much likelier to be adopted than those with dark skin tones. In Vietnam, beautiful young girls literally petted my fair, freckled skin and complimented me on it. In China, gorgeous young women looked disturbingly ghostly from the daily skin-lightening products they use.

I was, on the other hand, envying the beautiful skin tones I’d sun-damaged my own skin trying to achieve.

This island of only 150,000 people is mostly shades of brown, but the white Dutch still run much of the place.

The residents mix the Dutch with Spanish, African, Portuguese and native South American Arawak, who were the original settlers.

For two centuries, the island was a major hub of the African slave trade run by the Dutch. It was a cruel, cruel operation. In the capital of Willemstad, slaves were stored and sold, with most shipped on to the U.S.

That ugly history is chronicled in the city’s tremendous Museum Kura Hulanda, located within a 19th century merchant’s house and slave quarters. It shouldn’t be missed. The cruelty and hate shouldn’t be forgotten. It should be an emotional visit.

This is why I write about this island, and not the many other Caribbean islands we’ve visited. This history should be experienced.

Despite all their cruelty, the Dutch abolished slavery a few years before we did in a US. In 2010, Curacao was finally given its autonomy and we were fortunate to be there during its annual celebration.

(Wait, there is at least another noteworthy thing to add about this island. Located about 40 miles from the Venezuelan coast, the island refines Venezuelan oil, and works as an under-the-radar sort of way for Venezuela to get its oil out. Curacao has a U.S. exemption from Venezuelan sanctions. People we talked to worried very much about the potential for lost jobs in that major island industry.)

The entire city of Willemstad is a World UNESCO World Heritage Centre. Its original, mostly Dutch colonial pastel-colored architecture is preserved. It’s beautiful. It’s not commercialized. Not a Starbucks in sight.

And, honestly, I hate to pass this on, but it’s not a big direct tourist destination, though the cruise ship business is really picking up.

It’s a beautiful country populate by beautiful people, really an Instagram dream. We stayed at the historic Avila Beach Hotel, with a wonderful room over the water, fantastic restaurants and beach. We didn’t need to snorkel or dive because the fish were clearly visible.

Adam was inspired enough to take some fairly good pics of me.

I wish we had taken a pic of the young, very good-looking young man who thought his skin tone made him special. I wish I had told him that it was actually his sparkling personality. I hope he makes it in New York.

13 Replies to “Curaçao: A Beautiful Country filled with Beautiful People … an Instagram Dream”