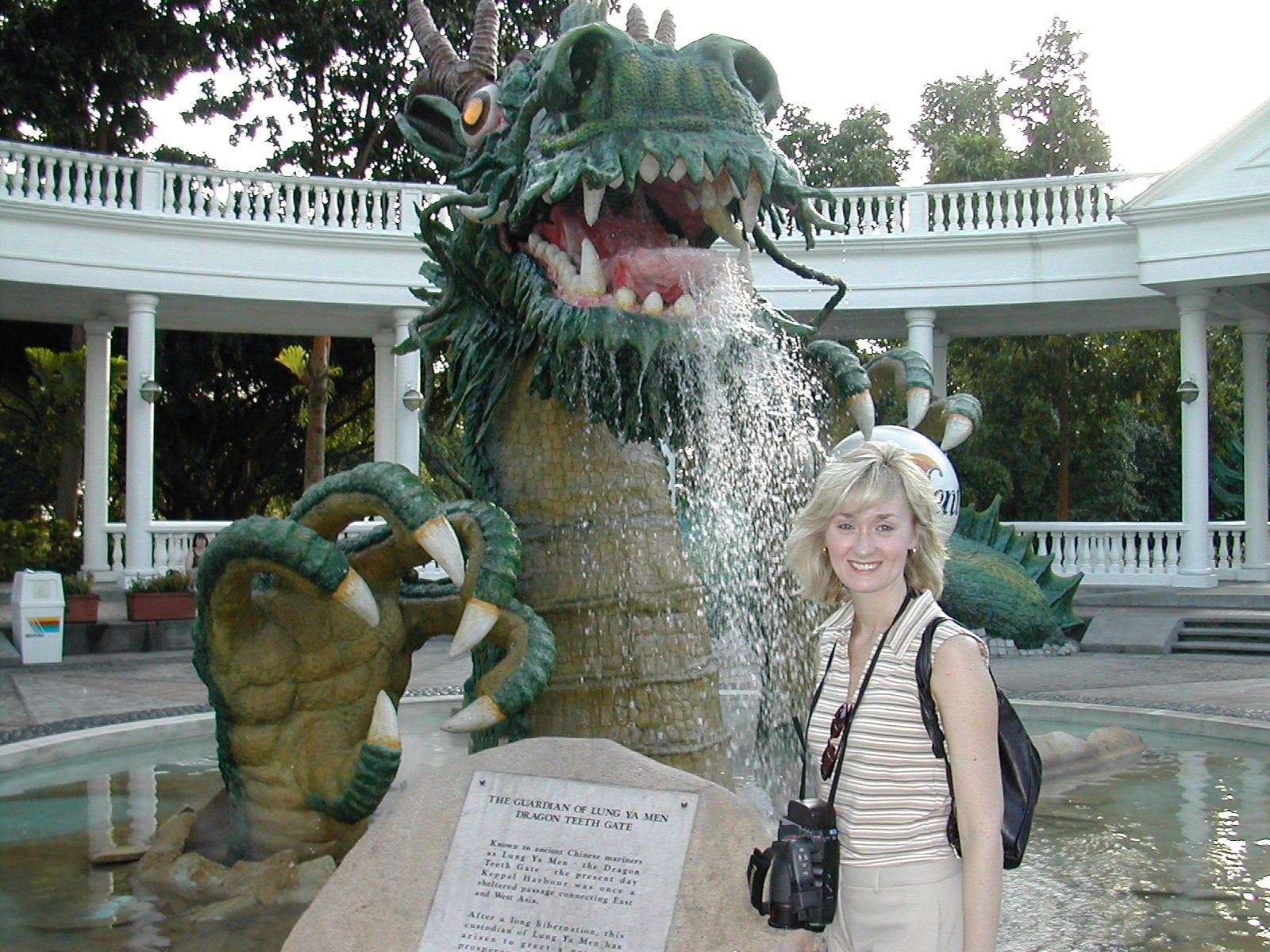 Just in case you’re wondering if Singapore is as safe as it claims to be – debatably only second to Tokyo, according to various sources – here is how safe it is.

We went to Sentosa Island, taking a cab then the air tram, to see its beautiful aquarium and view its amazing nightly laser and light show.

After the show, the area around the Sentosa side of the bridge back to Singapore’s main island was crowded. A long queue of people waited for cabs.

Adam hates waiting in lines and he was convinced we could cross the bridge on foot and catch a cab on the other side.

We crossed and at the main intersection on the far side there were no cabs to be found. Instead of going back, we determined that we’d just keep walking. A cab would be sure to be by, right?

Um, no. We stupidly kept walking – along a dark major highway – late at night – in a foreign city. No one knew where we were and we didn’t have a phone. In many other cities, we could have disappeared without a trace.

This is one of those moments that every married couple encounters at some point if they travel.

She: “We should have just waited in the line back on the island.”

Translation: Way to go. You were impatient and now we are lost and in danger.

He: “Relax. I know exactly where we are. We will be fine.”

Translation: I have no idea where we are or how to get out of here. But I’ll be damned if I am going to let you know that.

She: “This is exactly like the time you made me walk for three hours through Tiergarten in Berlin because you didn’t want to ask for directions.”

Translation: I don’t know why I listen to you. You do this every time.

He: “I did ask for directions. They were just hard to follow.”

Translation: Asking for directions is humiliating. But I did so to humor you.

She: “They were hard to follow because you tried to talk to the guy in German.“

Translation: Even when you do finally ask for directions, you’re doing it wrong.

Translation: Maybe I can distract you by pointing at that car that is clearly not a cab.

Such marital arguing took place over the next half an hour.

Finally, a real cab actually did drive by and stop as we waved at it frantically. Luckily, it was empty.

We went straight to the Satay by the Bay area, known for its delicious selection of Singaporean staples. Singapore is loaded with food options, by the way. We drank much beer until “we” calmed down.

We were sweaty and crabby – but we were very, very safe in Singapore.