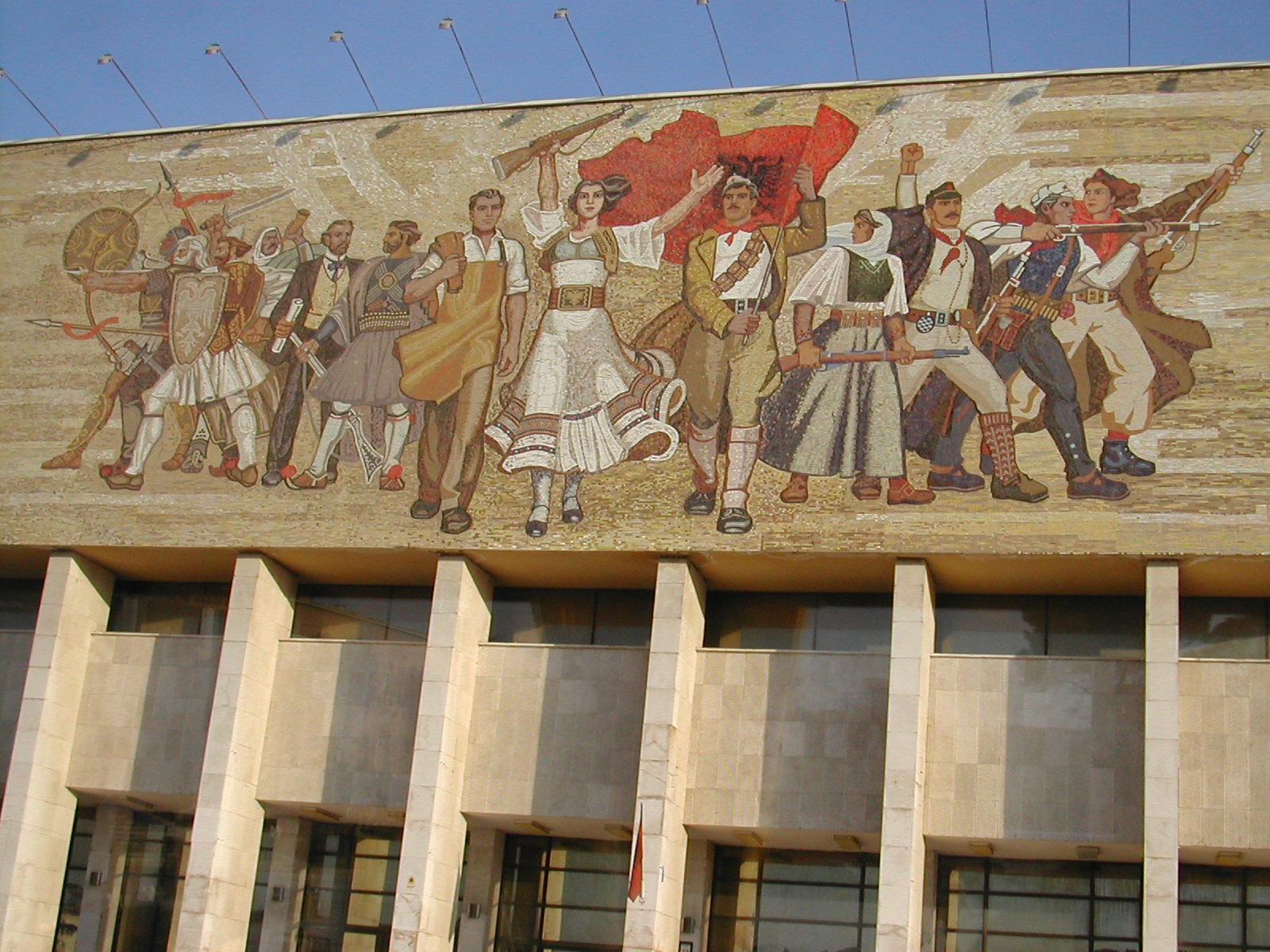 We very slowly drive up and up horrendous roads with pencil-thin cliff ledges through the cold snow-capped Albanian Alps, then down and down and along gently rolling scrubby panoramas, then to the hot shores of the Adriatic Sea.

We notice many expensive Mercedes-Benz vehicles on the rutted roads in this poor country. Many have French license plates. Many, we are told, were stolen and brought here. Albania will register them without further checks. In any event, there is an obvious love affair between Albanians and Mercedes. Small remote roadside shacks offer “Mercedes service.”

Then something else suddenly reveals itself like a word puzzle that once seen can’t be unseen. Scattered randomly are surreal sorts of large concrete pill bugs – the helmet-shaped bugs that scatter when you turn over an outside rock. Once you see them, you see them everywhere.

But these are not pill bugs but rather pillboxes, military bunkers dotting the landscape by the hundreds of thousands. Expensive Mercedes on awful roads and concrete pillboxes with slit eyes secretly watching you … this is Albania.

Albania’s pillboxes average about three to nearly 15 per square mile, depending on the source. Their total is debated to be between about 150,000 to 750,000 in a country about half the size of West Virginia. They’re planted in every possible location, from mountain passes to beaches. We’re told they look like braille from the sky.

The communists under dictator Enver Hoxha built them from the 1960s to 1980s, at an enormous financial cost that could have and should have gone toward fixing the roads, not to mention direly needed housing, education or economic development.

But Hoxha’s military doctrine and paranoia was “people’s war.” He had led the Albanian resistance during World War II as the only successful European country to liberate itself without foreign troop intervention. It seems he was damned if he’d ever be caught unaware, not when the hills – and every spot – had eyes on any potential enemies.

Albanians were taught from the age of 3 to “be vigilant for the enemy within and without.” By 12, they knew to station themselves in the nearest bunker to repel invaders.

That isolation and paranoia ended when communism collapsed in the Balkans around 1990. More recently, Albanians have found a way to take these symbols of isolation and use them in novel ways.

Pillboxes are now hotels, museums, even a tattoo parlor and a hamburger place. This idle resource can somehow compensate Albanians for their political, economic and personal costs, according to one museum curator.

Around 2000, Tirana’s then-mayor and now Prime Minister Edi Rama began to otherwise color the grayness left behind by the communist regime. Tirana’s blocky gray communist-era apartment buildings are now repainted in rainbows – literally in some cases – of color.

The enormous “The Albanians” mosaic still looks down from the façade of the National Historical Museum, dominating one end of Tirana’s main square. It shows how Albanians fought against invasion for centuries, and workers in charge of their country as they marched toward a communist future.

But Albania is striving further now. Mural Art Festivals in 2018 and 2019 are putting Tirana on the map for creating exciting public art. Even Banksy is said to have made memorable additions.

5 Replies to “Travel to Albania: the mysterious pillboxes of a paranoid past”