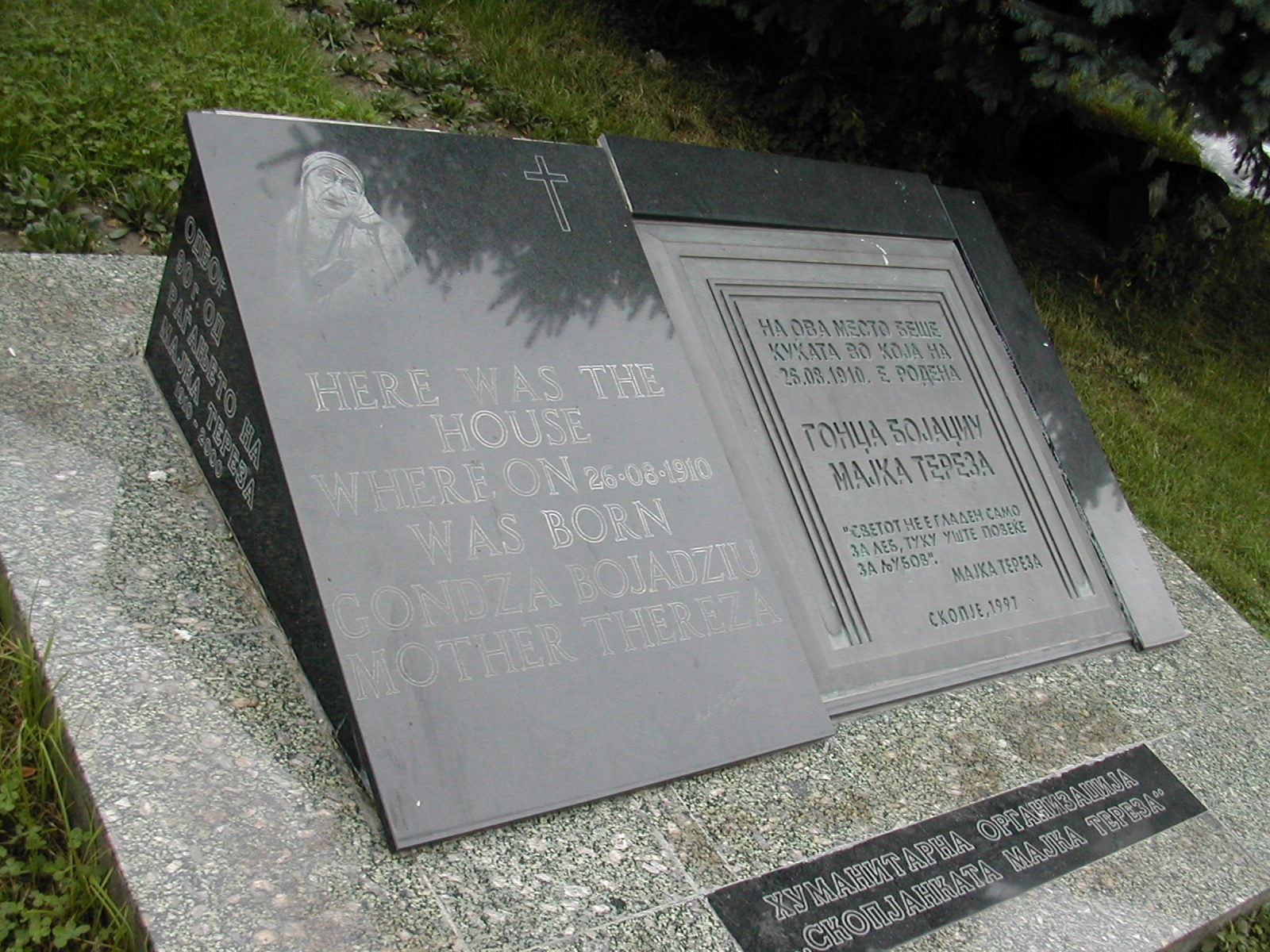 We came to Skopje, the capital of what is now called North Macedonia, in early morning with cold dew drops still dotting all surfaces. This was to be an attempt to see the city as Mother Teresa saw her birthplace.

Though of Albanian descent, the woman who would become St. Teresa of Calcutta was born in 1910 in Skopje, then part of the Kosovo district of the Ottoman Empire. She lived there until she was 18. During our visit, nearly a century after her birth, the country is still called Macedonia but a dispute over the name would lead them to officially change it to North Macedonia some years later.

The most popular tourist walk starts at the Old Railway Station, down Macedonia Street to the Mother Teresa Memorial House, which opened in 2009 on the former site of the Sacred Heart of Jesus Roman Catholic Church, where she was baptized the day after her birth. Inside the free attraction some of her relics are preserved, as well as a museum with sculptures of her and her family.

But we began our walk at the memorial of the actual home where Mother Teresa was born and raised. The house is gone now and the spot is near the country’s largest square, Macedonia Square, which stretches to both sides of the Vardar River, and is surrounded by ornate, impressive structures.

This square is where Macedonians declared independence from Yugoslavia in 1991. It includes a statue of Alexander the Great, a figure Greece heatedly claims as a cultural icon. Indeed, Greece also objected to the use of the name Macedonia, saying it could allow the country to lay claim to the name’s heritage and then possibly the whole region. The UN suggested the name change in 2019. It’s all a sticky topic. In early 2019, now North Macedonians showed their feelings at a German handball match by wearing Alexander-like helmets.

Mother Teresa’s birthplace memorial is simple. “Here was the house where on 26-08-1910 was born Gondza Bojadziu Mother Thereza” Her message to the world is also inscribed: “The world is not hungry for bread, but for love.”

When Mother Teresa was 18, she moved to Ireland, then India, where she spent most of her life giving service to the poorest of the poor while living among them. Her list of accomplishments is astounding.

North Macedonians are understandably proud of this woman, who won the 1979 Nobel Peace Prize and was canonized by the Roman Catholic Church in 2016.

According to one biography, she was fascinated by missionary work as a small child and decided by 12 to dedicate her life to religious service.

From the nearby square, we crossed over the Vardar as Mother Teresa would have done on the grand arched Stone Bridge. It’s the main element of Skopje’s coat of arms and was built on Roman foundations in the 15th Century.

From there, we entered the enormous Skopje Old Bazaar, dating to the 12th Century. Tour guides say it is the second biggest Ottoman bazaar of its kind in Europe after the Grand Bazaar in Istanbul. Inside are oddly shaped blocks, covered areas, narrow stone alleys and bigger squares, some scented with walnut baklava.

It has restaurants and cafes, traditional craftspeople, hotels and houses of worship. You name it. Windows are crowded with hundreds of pairs of the handmade leather “peasant shoes,” and locals bustled about. We tried to imagine Mother Teresa in her youth shopping in these streets, which are now also full of souvenir stalls and communist-era antiques and military memorabilia.

Next to the bazaar and just outside the old city area is the Skopje Fortress, called “Kale,” dating back to the 6th Century and still under excavation.

Mother Teresa returned to Skopje four times after she left at 18. The last time was in 1979 when she opened a house for her order.

We liked to wonder if she got to enjoy of any the city’s pleasures, the pastries, the Ratija fruit brandy. We hope that she did.

3 Replies to “Visit to North Macedonia: Tracing Mother Teresa’s childhood wanderings through the streets of Skopje”