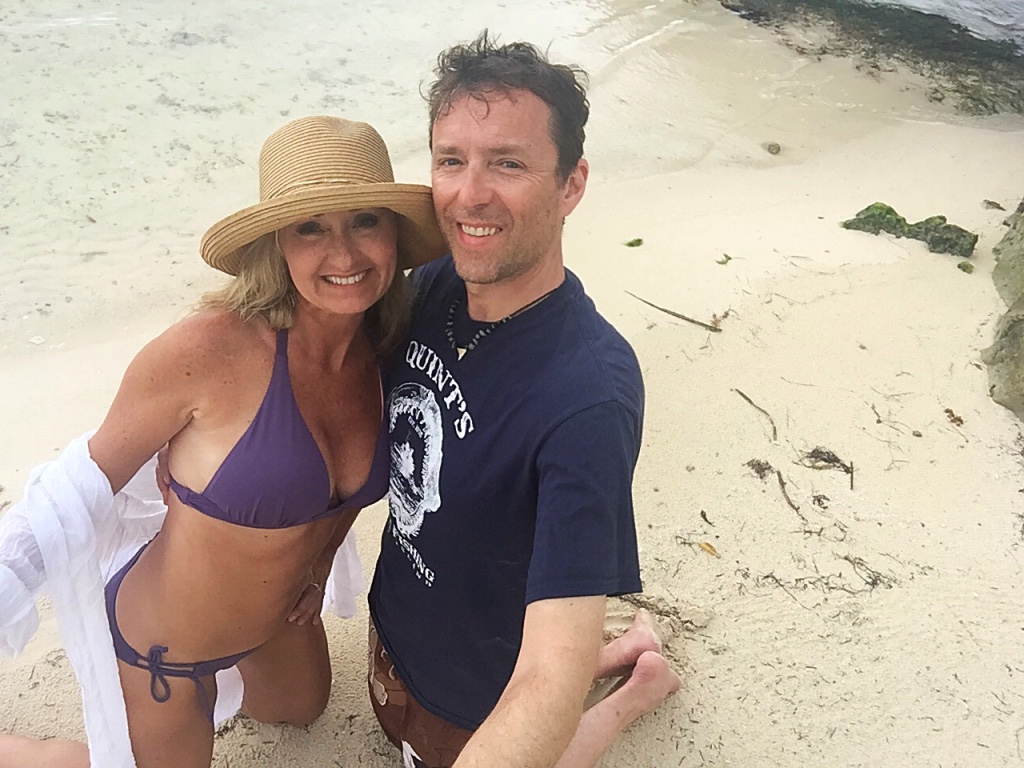 The plight of our polluted oceans hits you upside the head on Ambergris Caye, the largest island in Belize.

This idyllic little island is mostly traveled by golf cart, which you can rent in many places in the small main town of San Pedro. The water is crystal aquamarine. The fishing is great, and beachside restaurants will cook your delicious catch.

But take a morning walk along the shore outside of a well-tended property and you will have to carefully pick your way around masses of garbage washed up on the beach.

The Belize Barrier Reef Reserve System is about half a mile off the east side of the island. It is the longest barrier reef in the Western Hemisphere and the second longest in the world.

To the east of the Barrier Reef are three separate atoll reefs. There is also a fourth atoll reef, Banco Chinchorro, just to the north in Mexican waters. They all provide for wonderful diving.

We’re told that the prevailing winds blow all kinds of flotsam and garbage into the reef system and eventually to the beach outside your Ambergris Caye bungalow. So the trash dumped into the ocean from cruise ships and other islands – and really all over this part of the world – winds up on these shores. It’s heartbreaking in such an ideal setting.

But despite this, the caye is a laid back slice of paradise.

Adam goes fishing with our traveling friends one day, taken by a local guy on a small boat out among some marshy areas along the shoreline, then out to the reef area. They come back with a large catch that the boat captain expertly fillets at the dock. The bar and restaurant next door to our condo complex grills the fish in a variety of spices and we have a fantastic lunch with our friends.

Most nights here we stick close to the condo, taking our golf cart to visit one of the many beachside restaurants dotting the shore. Some of them are spectacular, including an authentic Thai restaurant that is not shy about the spices.

On a Thursday night we venture in to San Pedro for a popular local tradition, the Chicken Drop at Wahoo’s Lounge.

Animal rights activists would probably freak out about this practice, though it is clear these birds are very well fed and probably very well sedated.

In our visit, a little girl of maybe 7 or 8 years old takes a shine to Lori and soon they are laughing together in the noisy crowd. We try to talk with the girl’s family, who we gather are visiting from the Belize mainland. But their English is as bad as our Spanish and the volume of the gamblers makes the talking pointless.

After a couple rounds of the drop in which we don’t win, we have had enough. As we depart, Lori hands the fistful of our remaining betting tickets – maybe containing a winner for later in the night – to the little girl and her mother. They look delighted and thank us profusely.

And as we roll back to the condo in a gold cart taxi, we realize yelling at a chicken has been the most strenuous thing we have done all week.

3 Replies to “Yelling at chickens on laid back Ambergris Caye: travel to Belize”