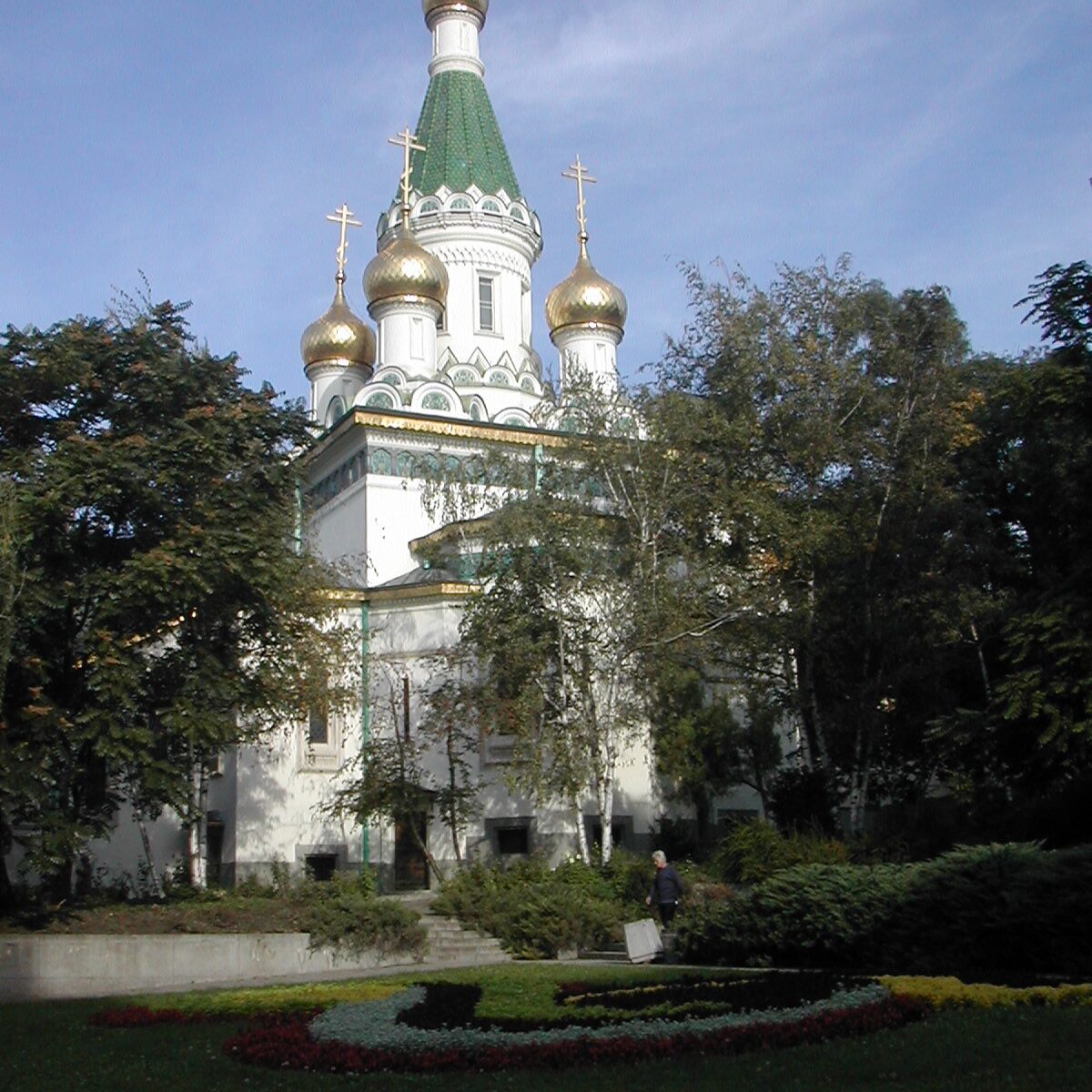 Here’s what struck me most in Sofia, Bulgaria: shoe stores.

We have never even imagined seeing so many shoe stores in such close proximity.

Then I started noticing the women. And I noticed Adam noticing the women, though I think he thought he was slyly hiding this from me. Sofia was swarming with beautiful, tall, honest-to-God gorgeous women everywhere, and all sporting stylish stilettos and fashionable boots.

We’re told that before the fall of Communism, women had no choice in footwear or self-expression. When that changed, they went absolutely crazy for shoes.

“Women would rather buy shoes than eat,” one man told us.

That did certainly seem to be the case. It’s also the case for fashion in general. It’s an obsession here, we learn, and Sofia is home to dozens of modeling agencies. We’re told that beautiful people migrate from Ukraine and Russia to try to make it in Sofia.

As a traveler in traveler’s wrinkled clothes and comfortable shoes, it did get a little intimidating. But we just hustled ourselves around to the city’s tremendous cultural sites. We were basically invisible to the hordes of beauties traipsing about.

A statue of St. Sofia now occupies a spot formerly occupied by a statue of Lenin. St. Sofia and her three daughters, Faith, Hope and Love, are pictured in St. Sofia Church, near to the stunning St. Alexander Nevsky Cathedral with its gold-covered domes.

You’re apt to see elderly men selling off war relics in a flea market nearby as you make your way to various galleries and the Bulgarian Parliament and the president’s office building. We were warned by a guide that most of the items appearing to date from World War II and the Communist era are probably recently made fakes, though some real finds can be made.

Don’t be surprised when you see more gorgeous women in more gorgeous shoes traipsing around Rila Monastery, the largest and most famous Eastern Orthodox monastery in Bulgaria.

About 73 miles south of Sofia in the Rilska River Valley, the color-blocked complex is 10 centuries old and considered one of the most important cultural, historical and architectural monuments in the country. It’s a UNESCO World Heritage site.

At the very least, it is a photographer’s dream with its red, black and white stripes and ornate construction and artwork.

How the beautiful women packing Bulgaria walk so easily over the cobbled stones on tiny heels, I’m afraid I’ll never know. I’m all for beauty over pain, but these ladies take it to a make higher level.

One Reply to “The Beauties of Bulgaria: traveling the land of the well-shod women”