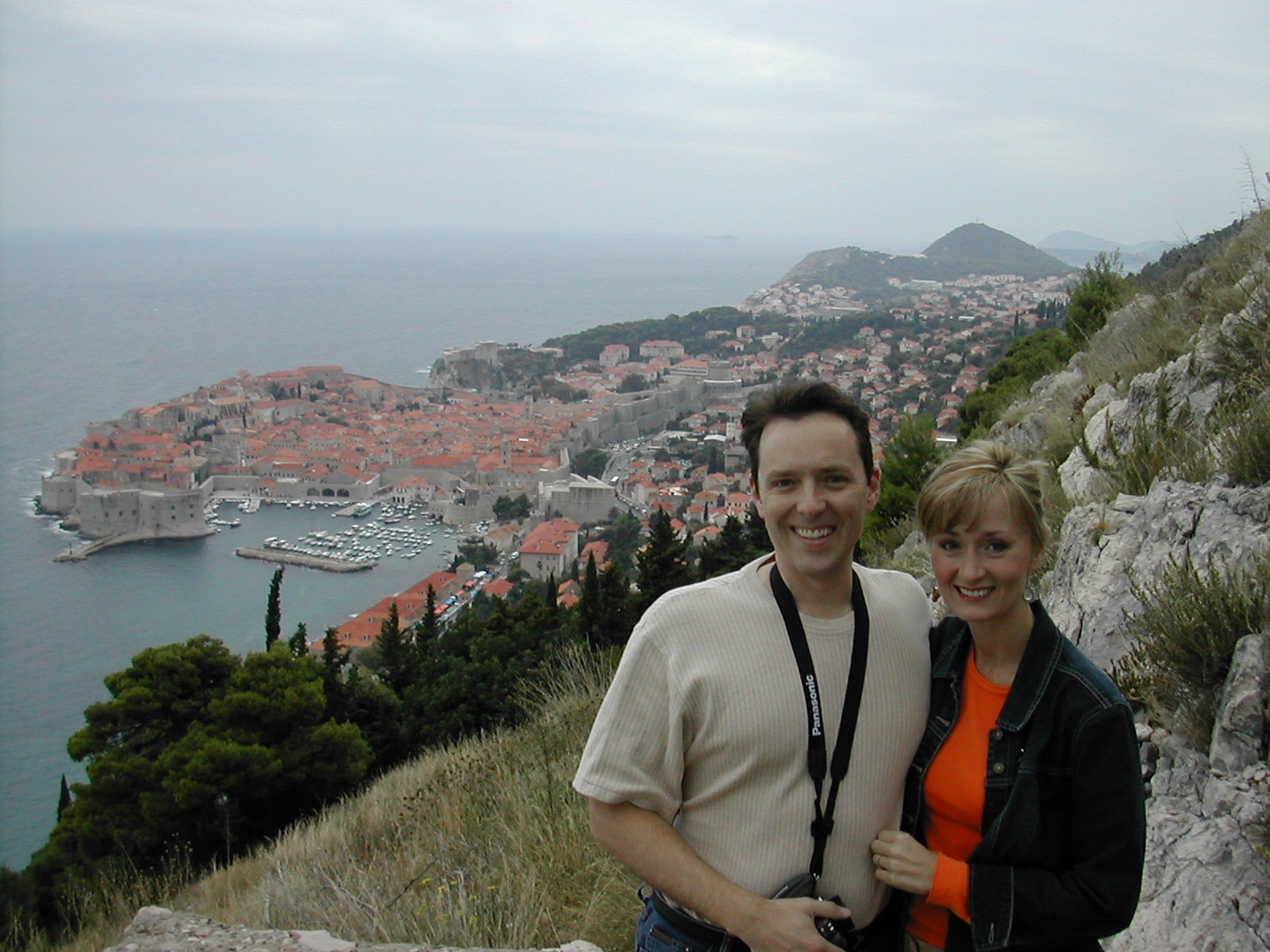 Croatia has a stunningly beautiful coastline with cities like Dubrovnik and Split that are well worth a visit. But I’ve got to say, this was a country where the people we encountered were not overly warm – at least they weren’t to us.

We kind of pride ourselves in meeting, engaging and befriending locals. It’s the best way to learn about a culture. We are very careful to respect the country’s culture and try to be the opposite of the “Ugly Americans” everyone expects us to be. We always at least attempt to speak in the local language, eat the local foods, and follow appropriate local customs, and we often make total fools of ourselves in the process.

Even in Finland, where there seems to almost be a national pride in being cold to strangers, we did not encounter such unfriendliness. In Croatia, we found ice. In Zagreb, it was downright impossible to engage people who seemed to go out of their way to be unhelpful if they sensed we were foreigners.

So we nosed around Croatia’s culture solely on our own. Not ideal, but sometimes it’s apparently necessary.

Granted, we spent our time in Croatia not too long after the war in the Balkans ended, and the horrors that followed the breakup of Yugoslavia after the dissolution of the Soviet Union were still fresh. Bullet holes still marked the walls in Dubrovnik’s UNESCO-designated old town. Sponza Palace’s heartbreaking memorial to those who died was still new.

It was part of a lengthy road trip we took that started in Istanbul, Turkey, proceeded north through Bulgaria, into Macedonia (today North Macedonia), Albania, Montenegro, through Croatia and into Slovenia, to finally end in Vienna, Austria. We passed through a sliver of nearby Bosnia and Herzegovina near the Adriatic coastline and saw military vehicles still lining some roadways by bullet-pocked building walls.

So certainly, Croatians had their reasons for being wary about outsiders following such a horrible conflict. But our experience of previously traveling through recently unsettled countries has always been positive otherwise. Typically, people are delighted to see the tourists – and their money – return.

We found people in customer service positions almost hostile to us at times. They were even unwilling to help us access our money via a banking transaction, requiring us to visit bank after bank in Zagreb before we finally found one willing to conduct a transfer from a U.S.-based account. To be fair, a manager at our hotel went far out of her way to help us solve this issue after we repeatedly shared our problem with a desk clerk. So good customer service in our experience was not absent, just rare.

But we did see extreme national pride.

While we stayed at a seaside hotel in beautiful little Cavtat, a wedding party with its cars decked out in Croatian flags and sparklers pulled up. Young men in the party vigorously waved big national flags and flaming torches, while all of them sang the national anthem at top volume. The stirring song’s title translates to “Our Beautiful” in English.

There are statues to Croatia’s famous basketball players everywhere. As of October 2019, there were a record seven Croatians in the NBA.

And Plitvice Lakes National Park in a mountainous area of central Croatia, near the border of Bosnia and Herzegovina, is a must-see regardless of how you’re treated.

Another UNESCO World Heritage site, Plitvice has 16 lakes of varying colors that flow into each other over about five miles. They meet at naturally formed and continuously growing damns.

There are at least 90 waterfalls – or “slaps” in Croatian – of every size, including Croatia’s highest at more than 255 feet. It’s very easy to walk around the area on elevated wooden platforms.

We walked beside the falls, around the falls, under the falls, through the falls. We passed huge falls, medium falls, small falls and teeny tiny falls. You can reach out and touch some of them.

We’ve never seen so many waterfalls in one area and surrounded by such lush beautiful vegetation.

Because of its somewhat remote location, the flora and fauna are virtually untouched by human influence. At times, you could feel like you’ve wandered into a Medieval landscape. Indeed, from Dubrovnik’s cobbled alleyways and red roofed edifices, to the little churches and huts nestled among craggy cliffs, you understand completely why large segments of Game of Thrones were filmed here.

We stayed in the Plitvice Hotel in the park, a spare Communist-era hotel we could easily imagine still had listening devices planted somewhere in the very basic rooms. But you couldn’t beat the location.

A TripAdvisor poster noted that its staff “is not exactly ebullient,” and we agree that it seemed like the staff had received its training during Communist times, in keeping with the hotel’s decor. But hey, that’s what we got in Croatian customer service, which Adam characterized as “Service With a Snarl.”

Despite our experience with poor customer service, we loved Croatia and highly recommend you make the effort to see it.

2 Replies to “Captivated by Croatia: yes, it looks just like ‘Game of Thrones’”