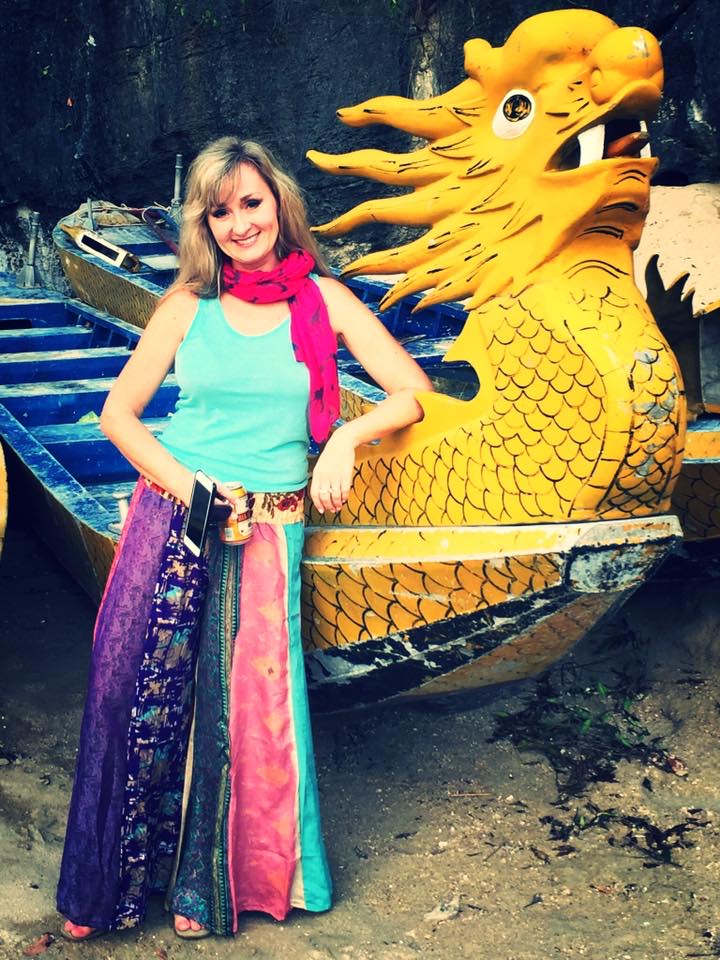 Vietnam is a country that is at turns magical, sobering, puzzling and unnerving. Travel to Vietnam will immerse you in a unique culture and fascinating experience.

Of course, we were concerned about the fallout of the Vietnam War. Although it ended nearly 50 years ago, our entire lifetimes, it is still very present in American and Vietnamese cultures.

Through talking to various people in the north and south, we found that the rift within this country still very much exists, “a wound that never heals.” The south believes it’s discriminated against; the north is very adamant in its righteous victory and authority.

About 60 percent of Vietnam’s 93 million people were born after the war, with most in the last 25 years. These younger people love American culture. They love us. People in general were very warm to us. They hate the Chinese, they tell us.

In the south, they complain about the communist propaganda taught in schools. They complain the southern Vietnamese and American points of view are not taught. Some feel that Ken Burns didn’t give them enough credit in his recent documentary. They say the Internet has allowed them to learn what they’re taught is not the entire story.

The war remnants museum in Ho Chi Minh City / Saigon is a real gut punch. It’s very hard to see us as the very bad guys. There are rooms labeled American atrocities and American Agent Orange legacy. I don’t want to show you the pictures hanging there.

There are occasional quotes from Americans criticizing the war, and propaganda from nearly every country condemning us.

In the north, I sense more of a wariness from the older people toward us. But the younger people again are very friendly and excited to meet us. Overall, they casually mention the American war loss. They note endangered species that our bombs killed.

Ho Chi Minh’s tomb in Hanoi is massive and the soldiers march around it, though his body is currently in Russia being “fixed.” He’s portrayed as a saint. His portrait hangs in the post office.

The Vietnamese now capitalize on the war. The Dan Sinh Vietnam War Surplus Market in Saigon is a huge, sweltering inside market, brimming with piles of artifacts taken during the war, including a lot from Americans. There are uniforms, helmets, class rings, medals, lighters, pieces of equipment, you name it.

We bought our nephew a narrow flashlight used to read maps in U.S. helicopters. The people are very honest about what is authentic and what is replicated. It’s about 40/60 authentic to replica.

In addition, starting about 15 years ago, the government began developing and using sites like the Cu Chi Tunnels in the south to turn the war’s legacy into a dimension of tourist travel to Vietnam.

You can climb down into the Viet Cong tunnels and crawl through their massive multilevel labyrinths. I freaked out at the second level underground and turned back. Adam doubled over and continued. I don’t know how their soldiers lived down there.

You can view examples of the horrific traps they set for our boys. Nearby, gunshots ring out from a firing range where you can buy bullets and shoot their guns. You can walk through the jungle and be rowed through the narrow twisting Mekong Delta waterways and imagine the hell it must have been.

Anywhere, you can find “Good Morning, Vietnam” t-shirts and other paraphernalia.

It seems they want us back. Or at least our money.

Where the Mekong Delta is hot, the Saigon Special is cold and the rice wine bottle may come with an actual dead king cobra inside.

Today we heard that some people here eat dogs, but not their own dogs. Their own dogs are members of the family. They cook and eat the neighbors’ dogs.

Also, they have magic roads here. They look like two lanes, but they’re actually up to 12 lanes.

Saigon is the motorbike capital, with upward of 2 million bikes swarming everywhere you look. We saw motorbikes with entire families on board, two adults with two or three children.

The police hide. If two motorists crash, they expect the drivers to work it out. If someone calls the police, they get very angry. Unless someone is dead.

Yet again, my “international female language” skills came through. Very little English here, but if you say “George Clooney” to another woman with a sideways raised eyebrows kind of look, fanning your face, they immediately respond, “ooooh George Clooney!” And we’re instant friends.

The incredible Ha Long Bay, a UNESCO World Heritage Site, is one of the natural wonders of the world.

There are thousands of limestone outcroppings amid the surreal aqua/moss-colored water.

We stayed on a beautiful wooden traditional Vietnamese boat, visited caves, beaches, and were rowed by the fishermen natives to visit their floating fishing villages.
It’s one of the most beautiful areas we’ve ever seen. This place alone is worth the challenges of traveling to Vietnam.

7 Replies to “Vietnam Travel: Spectacular Scenery and Sights, Fantastic Food, and a ‘Wound that Never Heals’”