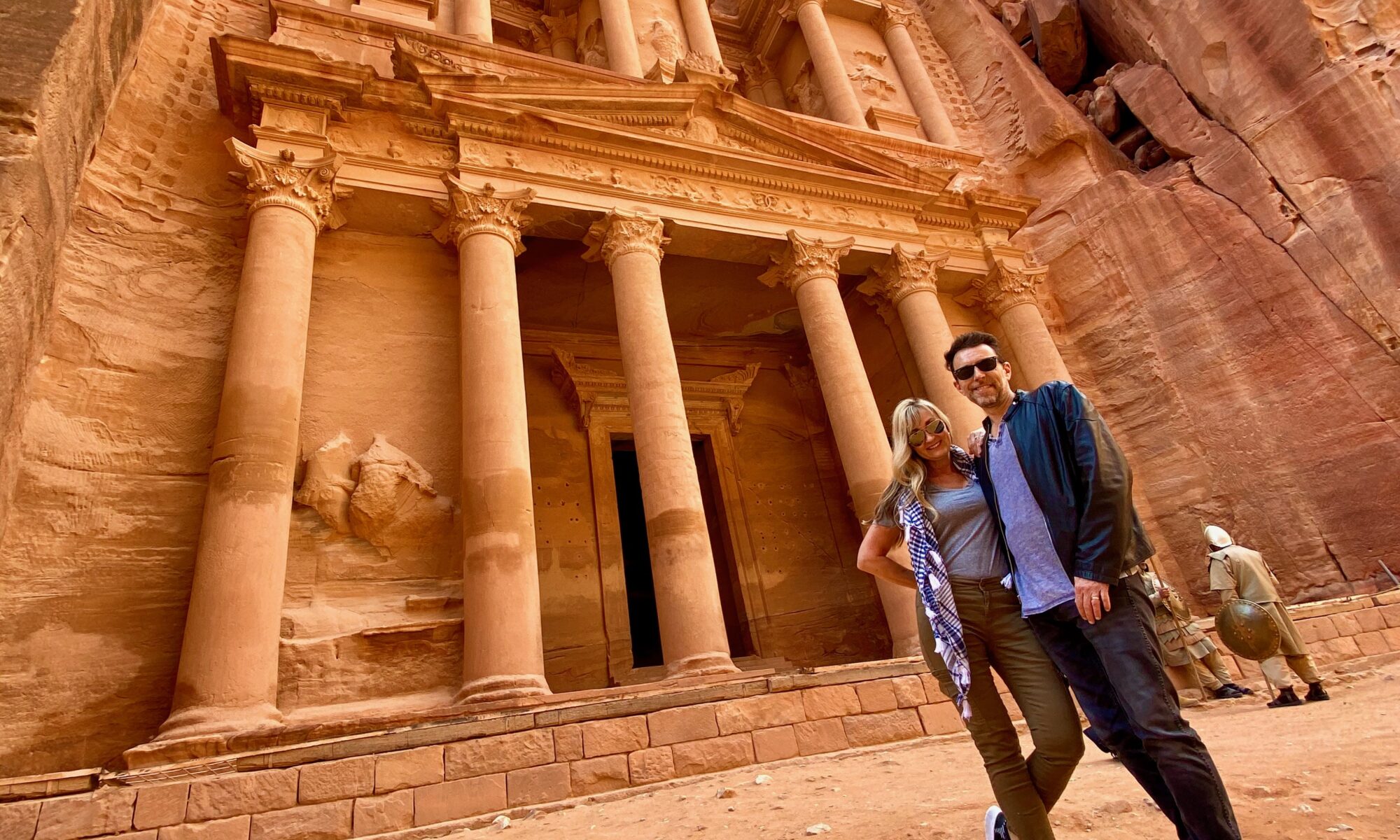 He is first, and foremost, Arabic.

That’s what this middle-aged man tells us. He is secondly Jordanian and Muslim.

We are talking to him over cups of the gritty, oily Turkish coffee that everyone in Jordan seems to drink all day, every day.

At first, this man is smiles and pleasant jokes and his English is very good. As we ask careful questions about the political situation in the Middle East, he senses we are genuinely interested in hearing his point of view.

He opens up. And much of what he says makes us extremely uncomfortable.

This is why, though Jordan is at peace today with Israel, this man says he doesn’t like Israelis because, he insists, Israelis don’t really want peace.

Israel and Jordan signed a peace accord under the late King Hussein. But the man says he thinks the countries’ relationship is “very cold.”

This is why he says his country takes in refugees from neighboring Syria, Iraq and Palestine, building them barracks and giving them medical care.

He says they don’t mind doing this because those people are his people: Arabs. “We are all Arabs,” he says. “We like to help them.”

As we have been driving around Amman, we see the Syrians lined up outside their embassy. We also pass many vehicles illustrated with drawings of former Iraqi president Saddam Hussein.

Adam asks about these drawings and the man tells us many Jordanians love Saddam because he was for the Arab people. At one time America loved him, then it made a fake war for which no weapons of mass destruction were found, he says.

The man senses we are uncomfortable with many of his comments. He is quick to add then that he does not have any dislike of people or their religions or nationalities. He doesn’t harbor dislike or hatred for Christians or Jews or Hindus or Buddhists or anyone else, he says. He has no dislike for any nationality, he adds. It’s the policies and the leaders he dislikes and distrusts.

We’re told the Arab Spring cut tourism down by as much as 70 percent in the spectacular Petra, one of the wonders of the world. Another young Jordanian tells us there were days when only 10 people visited the site, severely hurting the Bedouins who rely on tourists.

This man believes the Palestinians have been removed from their rightful home, and he insists the Israelis are happy to have unrest in the Middle East because it allows them to be powerful and the Arabs to be disorganized.

The middle-aged man tells us the tourism crash and related problems happened because the Arabic people are not in charge. Arabic leaders who have been chosen by Westerners are in charge, and they’re the ones causing the problems, he says.

This man also tells us a theory that the Israelis were actually behind the Sept. 11, 2001, attacks on the U.S. so it could turn us against the Muslim-dominated nations. He says Al Qaeda was not smart or big enough to do it.

I am writing this only to convey the viewpoint he shared, and, hopefully, to share a glimpse of how one of the many people we encountered thinks about the world and about us.

We found no one else in our recent travels through Arab countries willing to be so open as this guy. And, frankly, the attitude toward us as Americans in the tourist areas of Jordan is very different from other Arab countries we have visited. At times in Morocco, we felt like some sellers in the markets saw us as wallets with two legs. In Egypt, some people were so eager to please us that we felt embarrassed. Not so in our travels through Jordan, where we are greeted with great warmth as welcome guests, but as friends would be received. If we did not want to buy a trinket in a shop, the proprietor would shrug, smile, and wish us a blessed journey.

And the middle-aged man clearly knew his comments would make us uncomfortable, but he just as clearly did not make them to offend but rather to inform about a viewpoint. As we travel, we read about India’s parliament voting to not allow Muslims citizenship, and China putting Muslims in detainment camps. The man gives us his own examples of what he describes as an anti-Muslim sentiment spreading around the world.

During our travel through Jordan, we can see the Dead Sea (which we later bob in like ping pong balls) and the promised land, as Moses did, from Mount Nebo. Our itinerary includes a visit to a mountaintop where Syria can be seen to the north, along with the Golan Heights to the west.

We see stunning ancient Roman ruins in Jerash and the Ajloun Castle, built in 1184. As with Petra, these places withstood centuries of political turnovers.

And that sort of long-term view is part of the middle-aged Jordanian man’s thinking as well. The Jews are “tourists,” he tells us. “They’ve only been there 70 years.”

Of course, a sample of one man doesn’t tell us much about the broader sentiment in a country. But if this man’s opinion is shared by others in Jordan, it’s hard to see how the Arab-Israeli tensions will ever cease.